For our 1 year anniversary, we went to see Monster Trucks!!! (See our wedding Video here)

See the Best of Monster Jam – Jumps and Crashes Compilation!

Lets start with a few GIF images I made showing some Wheelies and sweet jumps!

See the end of this article for a video of the Grave digger Crashing!!!

The drivers were entering near where we were sitting, and they walked out to the field at the start of the show.

For the first half of the show, each pair of cars went around the track and raced for time.

Then we had our first accident of the night! 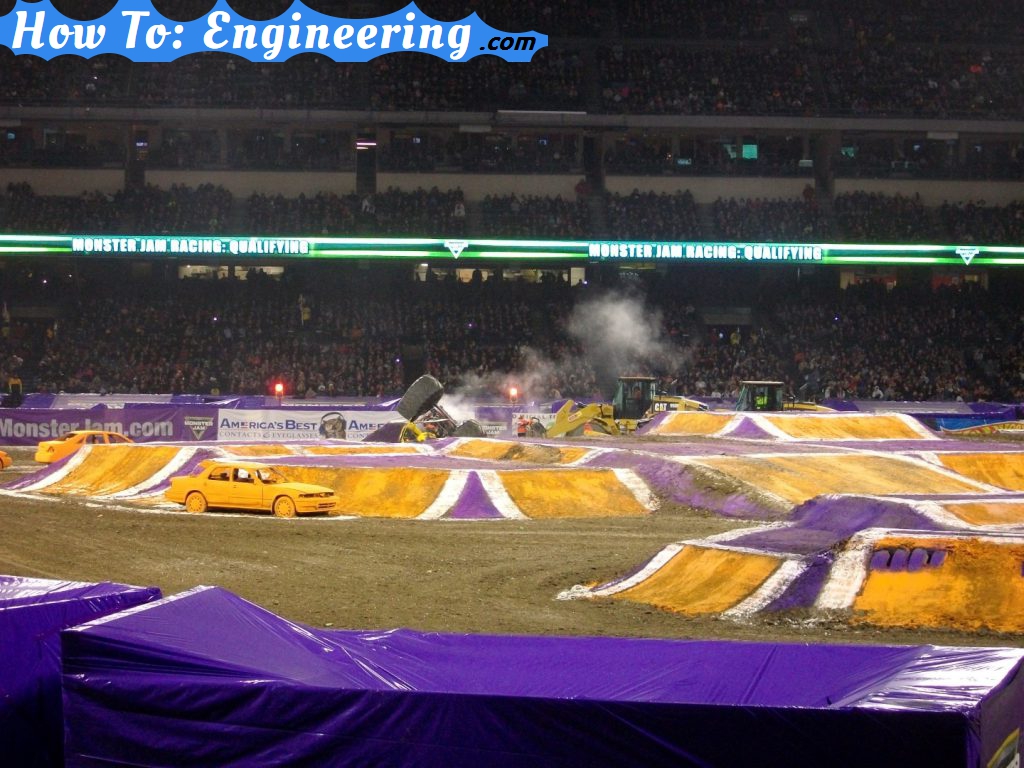 Another crash, and this one lost its wheel! 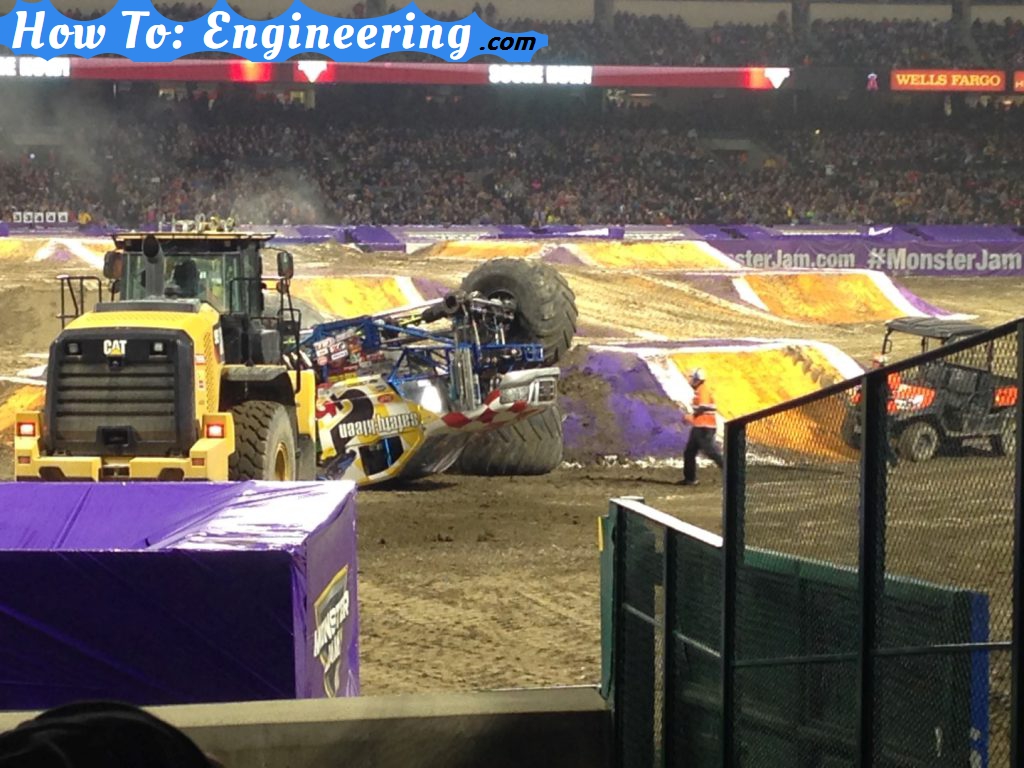 The show continued with many more sweet jumps and tricks. This part of the show is called Freestyle and trucks compete for points rated by judges and the audience!

Look how high they jump!!!!Â  Unbelievable! 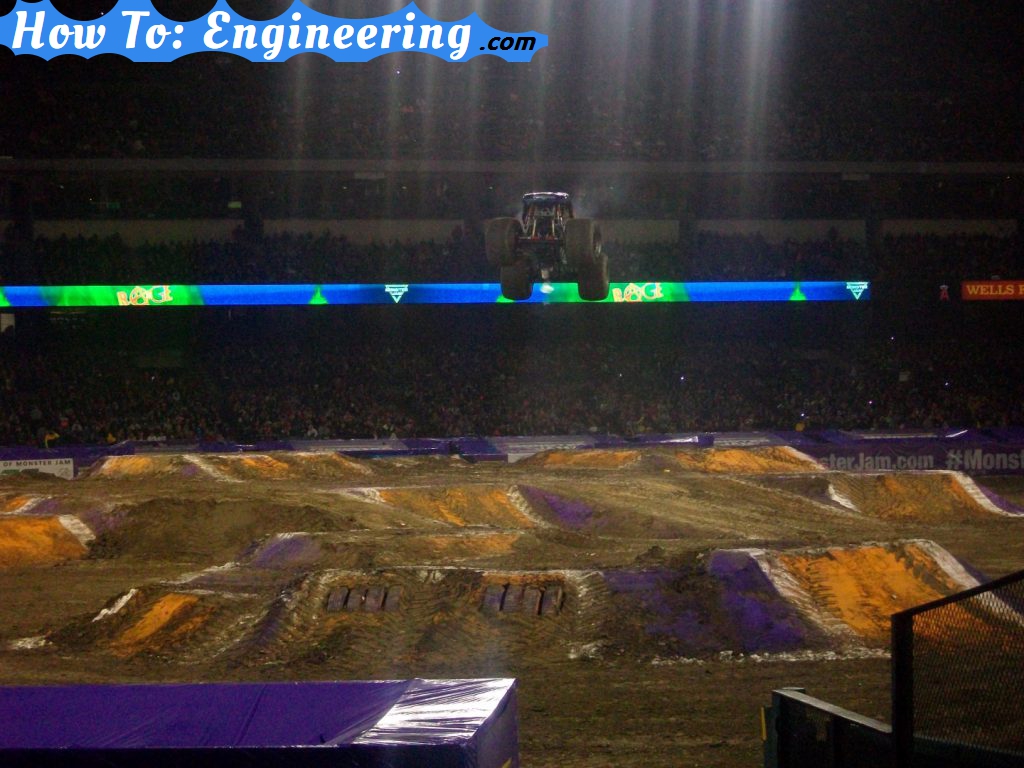 This car had it rear steering fail and had to be towed away. 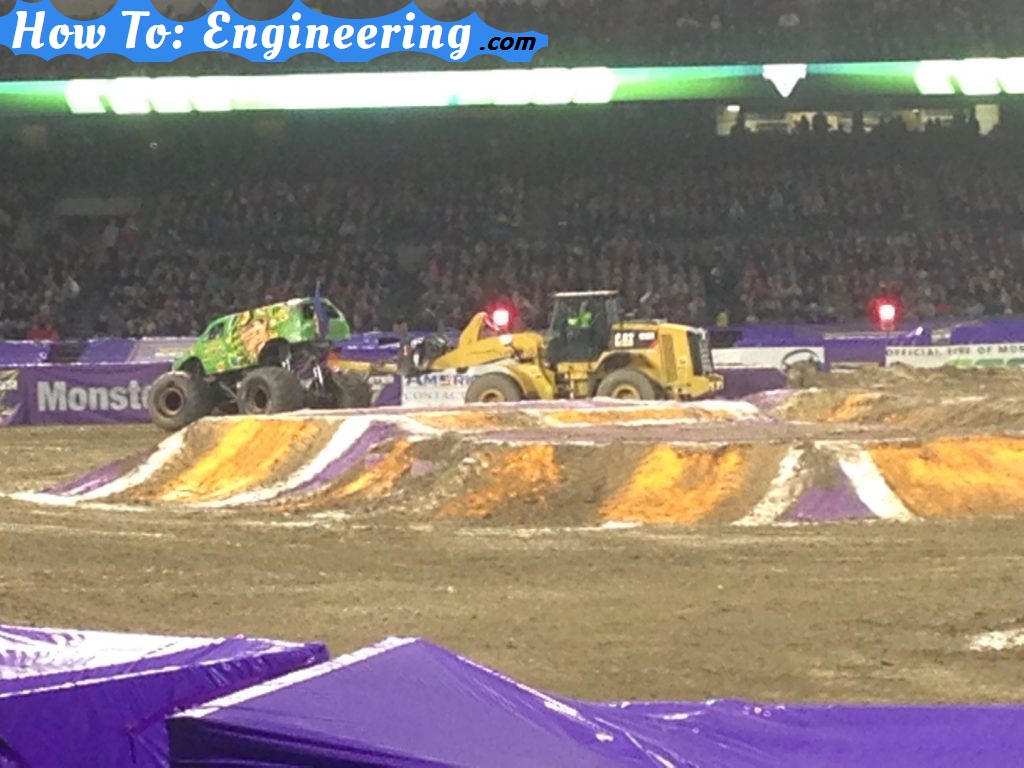 Here is another Truck that fell over! 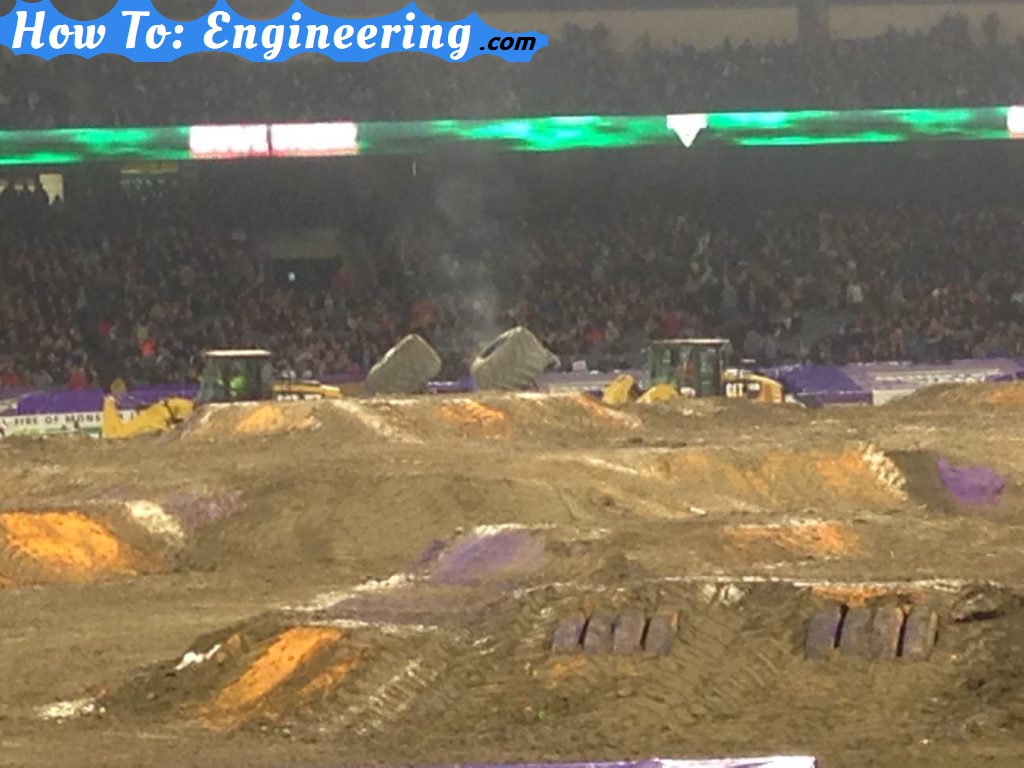 Check out all our other projects at
all.howtoengineering.com

Check out our Patreon!

We have a Patreon! - Please check it out!

Check out our stock photos on:
Getty Images
Foap